Due to its essential health benefits, black pepper is one of the most valued and popular spices in the world. Piper nigrum, the flowering vine whose official scientific name it bears, is grown for its fruit. The dried fruits are used as a spice with a strong, powerful flavor.

Vietnam now accounts for approximately 39% of total black pepper exports. To learn why this country has the biggest percentage of pepper exports, let's move on to the advantages of black pepper with LKS, the orbital pharmaceutical and farming products supplier coming from Vietnam.

The history of black pepper 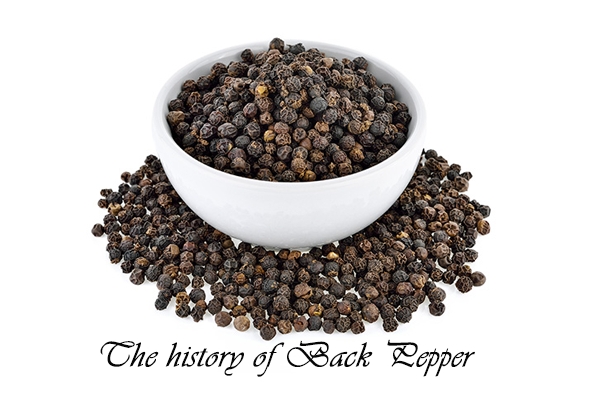 Black Gold was once the nickname for black pepper, which came from the Sanskrit word pippali. Due to its long history of being a sought-after spice that can flavor food, serve as a preservative, and add heat to a meal, black pepper has a number of health advantages in addition to its ability to enhance flavor.

The tropical forests along the Malabar Coast in southwest India, close to the states of Kerala, Goa, and Karnataka, are the natural habitat of the black pepper. This spice comes from the trailing vine plant's dried unripe fruit, the peppercorn, and its coloring varies depending on when it is collected. Most people use black pepper. Picking almost-ripe peppercorns and letting them dry until they are completely black is how you get black pepper.

Ancient Greece and Rome valued black pepper as a precious commodity, and it became even more popular during the Middle Ages and Renaissance.

Today, in global market, about 39 percent of all black pepper production comes from Vietnam in export rates . Indonesia produces about 15 percent while India and Brazil each produce about 10 percent. 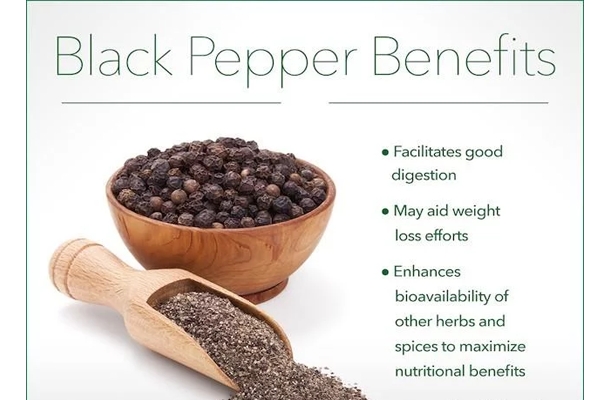 Antioxidants like piperine are thought to help reduce the risk of chronic diseases like atherosclerosis, cardiovascular disease, and neurological disorders.

Additionally, this substance has a positive impact on nutrient bioavailability. The number of nutrients that are absorbed into your circulation through your bloodstream is increased when you add black pepper to your meal. 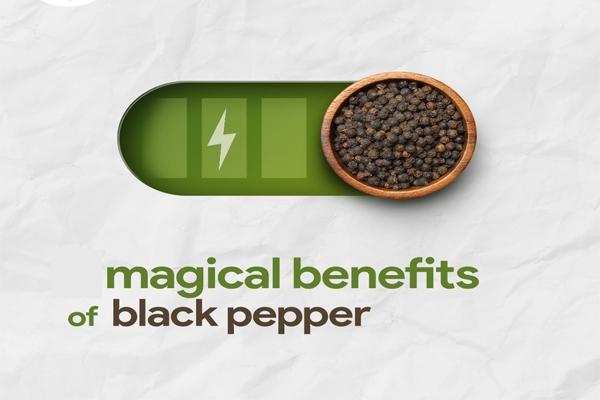 Your stomach's hydrochloric acid can be stimulated by black pepper to help you better digest and absorb the food you eat. Additionally, it possesses carminative properties that aid in easing discomfort and gas buildup in your intestines.

A strong immune system is important for helping you avoid illness, and black pepper can help here as well. Its active compounds have a role in boosting white blood cells, which your body uses to fight off invading bacteria and viruses. 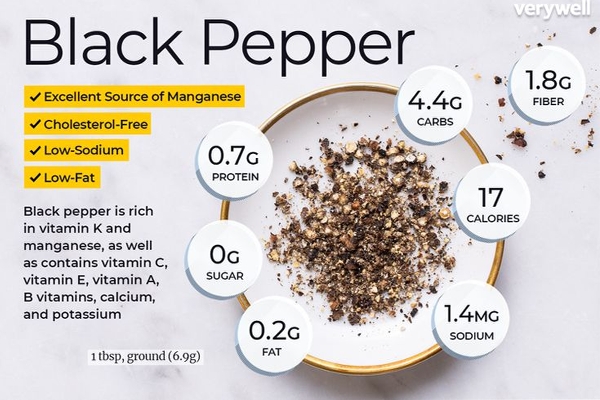 Numerous active substances, including oleoresins and alkaloids like piperine and chavicine, are present in this strong spice. Additionally, it contains phenolic compounds, flavonoids, essential oils, and antioxidants that protect your cells and improve digestive health.

Black pepper is also a source of the following vitamins and minerals:

Black pepper  is a good source of manganese , a mineral that supports metabolism, bone health, and wound healing. In actuality, a teaspoon of black pepper provides 6% of your daily recommended intake (DRI) of vitamin K and 16% of your DRI of manganese. 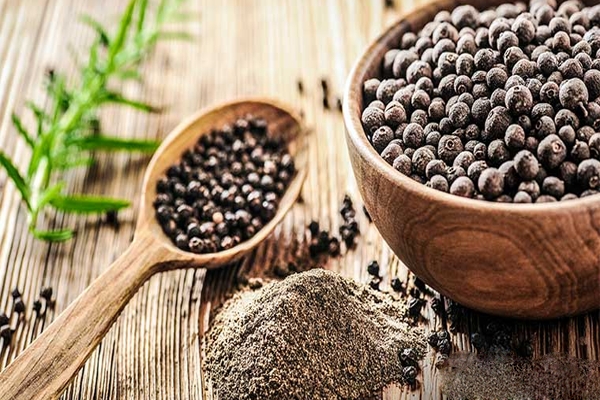 Contains in a teaspoon of black pepper:

Things to Watch Out For 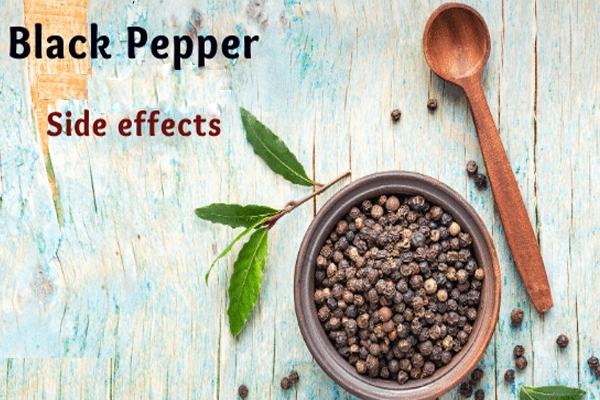 Certain medications can interact with black pepper. This is mostly due to the active component piperine. The degree to which your body absorbs prescription drugs may be affected by modest to moderate interactions. Consult your doctor to make sure that taking black pepper won't interfere with your medicine.

How to Use Black Pepper 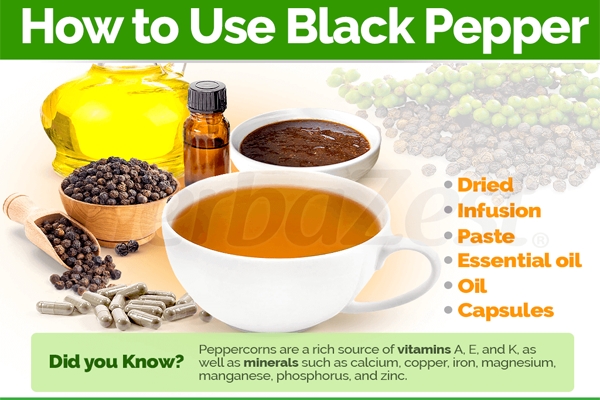 When making a meal, whenever possible, grind your own pepper from peppercorns for meals. There are greater health advantages to freshly ground black pepper compared to pre-ground pepper. Additionally, using fresh peppercorns guarantees that you're consuming only pure black pepper and not pepper blended with other ingredients.

In our more than 9 years of operation, LKS 360 has improved its technology and broadened its selection of plants. We specialize in producing and cultivating crops like coffee, pepper, coconuts, lemongrass, shallot, and others, as well as selling healthcare and medical supplies (gloves, masks, surgical items, orbital pharmaceutical, etc.). We export a wide range of farming products such as fruits, vegetables, and field crops.

LKS 360 Co., Ltd. not only services the regional Asian market, but we have also increased our global commerce. In the US and EU markets, our products currently serve billions of clients.